It may be a bit harsh. Some may even go as far as to call it Dark Humor. But I think it’s funny, and if you can’t laugh at a funny thing, what’s the point ??? 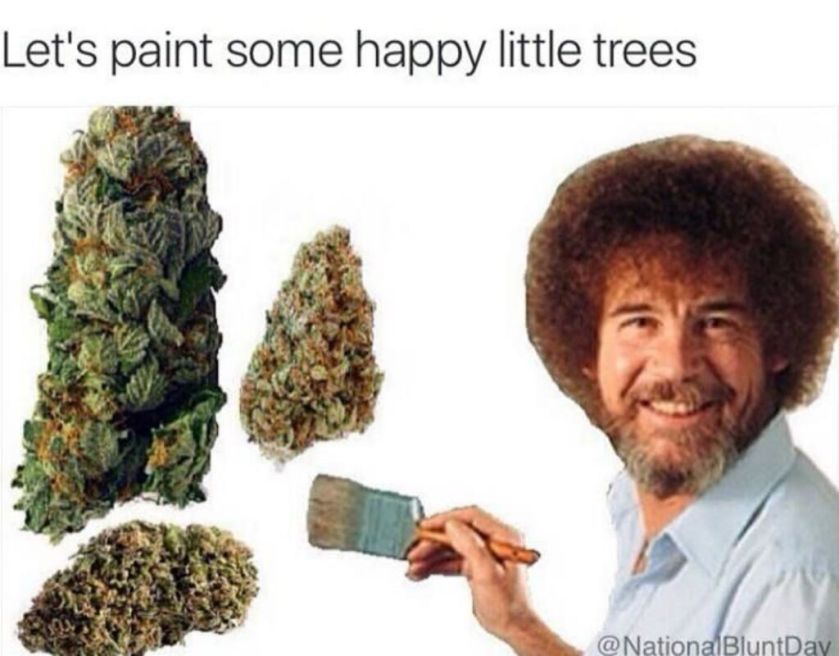 If you love marijuana as much as I do, you are probably loving the huge amounts of memes that are floating around on the internet. We all know that cannabis promotes and facilitates creative desires, and it was just a matter of time before stoners started creating weed memes.

I’m pretty sure Bob Ross was a stoner.

Day 22 of flowering in my little “mini SCROG” tent. I had to do some serious super cropping, to prevent the tops of the plant from touching the lights, and because space is very limited, I pretty much had to flatten every branch. Lucky for me, this is a weed we are talking about. Cannabis plants are extremely resilient, and mine bounced back very quickly. 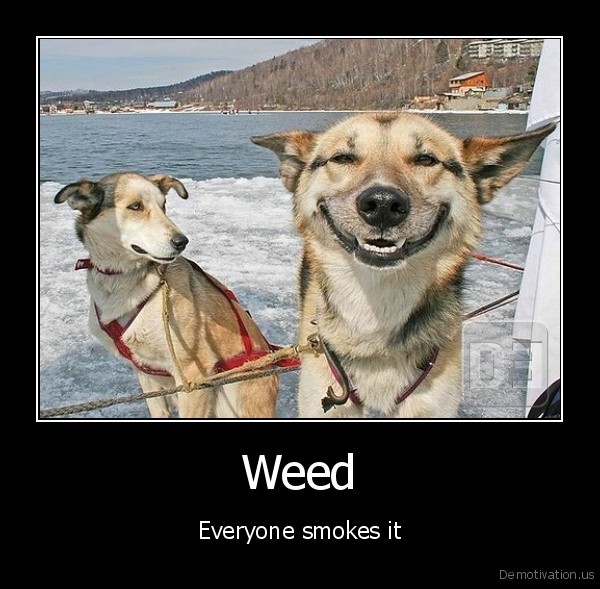 Judging by all the positive press that weed is receiving from all sorts of different media sources, I am 100% sure that today’s population is much more friendly toward cannabis then their parents were 30 years ago. Multiple states have legalized marijuana already, and a bunch of others are in the process of doing so.

The situation is improving across the globe as well. There are several countries that legalized cannabis for medicinal or recreational use, and a few more considering legalization at the moment. Although the vast majority of the governments are still in opposition to full legalization, the number of regular people who support legalized weed is growing by the day. And sooner or later, the politicians will have to take that into account.

It is 4:20, light up and celebrate your life. Put on some old school rap (some old Snoop Dogg would be very appropriate, although pretty much any West Coast will do), and bounce your head to the rhythm. 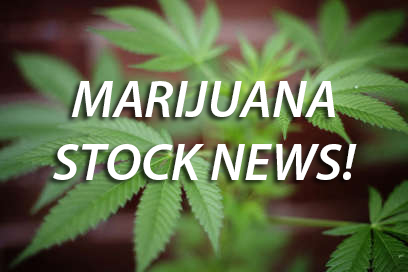 It is very pleasant to see that my investment in Aurora Cannabis Inc. (ACB) was a wise decision back in the day. While looking over the financial market news I was pleasantly surprised to see my stock mentioned in the “Ones To Watch” by Investopedia (which by itself is something special). It was accompanied by Cronos Group Inc. (CRON), Canopy Growth Corp. (CGC) and a whole slew of pharmaceutical companies that are scattering to cash in on the Big Green Rush.

Some of you know that I have been on a sort of a “forced” tolerance break, so I have not consumed any cannabis in several months. Well guess what, I’m back, Baby ! And yes, I was counting the days until I could taste that sweet, sweet marijuana smoke.

That first hit was magical. I tasted that special “dank” sweetness that you usually only remember from your early smoking days. That very distinct “wacky tabacky” flavor that is so different from the cigarettes and cigarillos that people usually smoke on.

And the effect, well, let’s just say that I was blown away. Buzzing for a good 3 hours. Very intense. Was totally paranoid like a teenager. Just like smoking for the first time.

There is an old saying that the children of famous people are usually talentless. But not in this case. This is one of those cases, when the child of two celebrities has become famous all on its own. “Chanel” was brought about by crossing the award-winning “Big Bud” with a veteran of the cannabis community and award-winning cannabis strain “Skunk“. Yes, that same “Skunk” that made a big splash in the 1980s. I don’t think “Channel” has ever won a Cannabis Cup, but the strain does have several notable awards and recognitions.

The flowers have great “bag appeal”. (they look even better in the jar) Buds are big and dense, and are covered in crystals. Very frosty looking nugs. The color is a mixture of light green and pale orange, with streaks of red and purple.

Once you light up, the taste is heavy and aromatic. You will remember the old school smell of kind bud. That dense, heavy skunky smell of your childhood marijuana adventures.

Once you smell your childhood, the effects will start to roll in like the ocean waves. This famous product of celebrities porking is very potent, and will hit you hard with each wave. It’s Indica dominant genetics will relax you and help you sleep. It is a great strain for people with insomnia or that have trouble calming down. 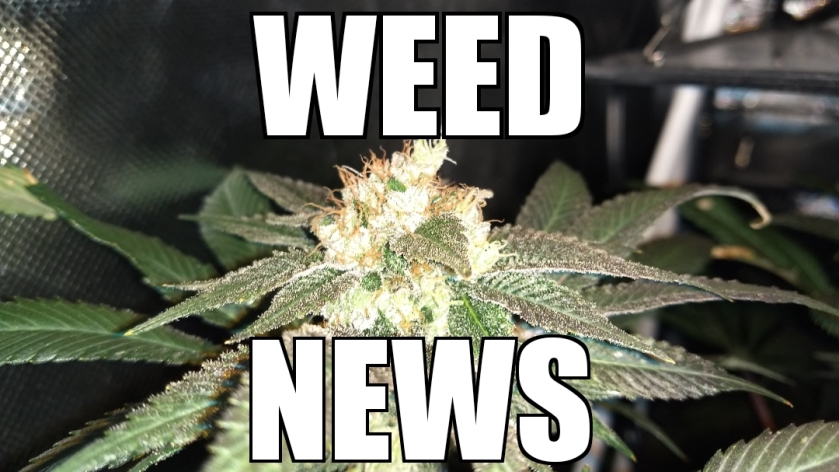 Welcome back to another installment of the #WeedNews. I went ahead and titled it May of 2019, but I may end up putting another post up about it before the end of the month. There has been a lot of development in the Cannabis World, especially around the United States. And there’s a lot of ground I wanted to cover. So we will say that this is for the first half of the month of May, 2019. Although it is a couple of days early before the actual mid month, I am going to go ahead and give you all the important information for the first couple of weeks.

First, on the federal level: Senate minority leader Chuck Schumer joined forces with the New York representative Hakeem Jeffries to put forth the second decriminalization bill in 2 years. At the heart of the bill would be the rescheduling of cannabis so the drug is no longer included on the federal list of controlled substances. That will allow States a lot more freedom in crafting their own legislation around marijuana. That will also alleviate some of the worries of current cannabis providers and users that they could be subject to Federal prosecution down the line for their connection to the plant. Of course the marijuana freedom and opportunity act does not legalize cannabis. Instead it allows those decisions to happen in state capitals across the country. Basically what they’re doing is letting every state decide what they want to do when it comes to cannabis. (You can find the full story if you CLICK HERE)

In Alabama, medical marijuana bill approved by the Senate. This legislation follows a movement in the State’s recent general attitude shift towards cannabis. In April, the sheriff of Alabama’s most populous county announced it would no longer be arresting people for non-violent misdemeanors, including small-scale marijuana possessions. Alabama is joining the list of the states across the US that is taking a huge load off of their Police Departments by decriminalizing possession of small amounts of cannabis. (Full Story)

And a huge story from Denver, Colorado. Without much noise the Denver legislative body passed an initiative to decriminalize the use and possession of psilocybin mushrooms. It’s not exactly cannabis, but hallucinogenic mushrooms are okay in my book. (Full Story)

Well, I was sitting over here, getting high, thinking about Twitter followers and shit. And all of a sudden I’m thinking “Hey!”, it’d be all right if I get a little bit of a variety into my blog. Put a little bit of an image action up in that Twitter feed. So since I’m high, I figured why not put some words on the images while I’m at it as well. Shit. So here it is right here enjoy. ( I will be able to use this image later when making posts about Twitter or @SovietStoner on Twitter)